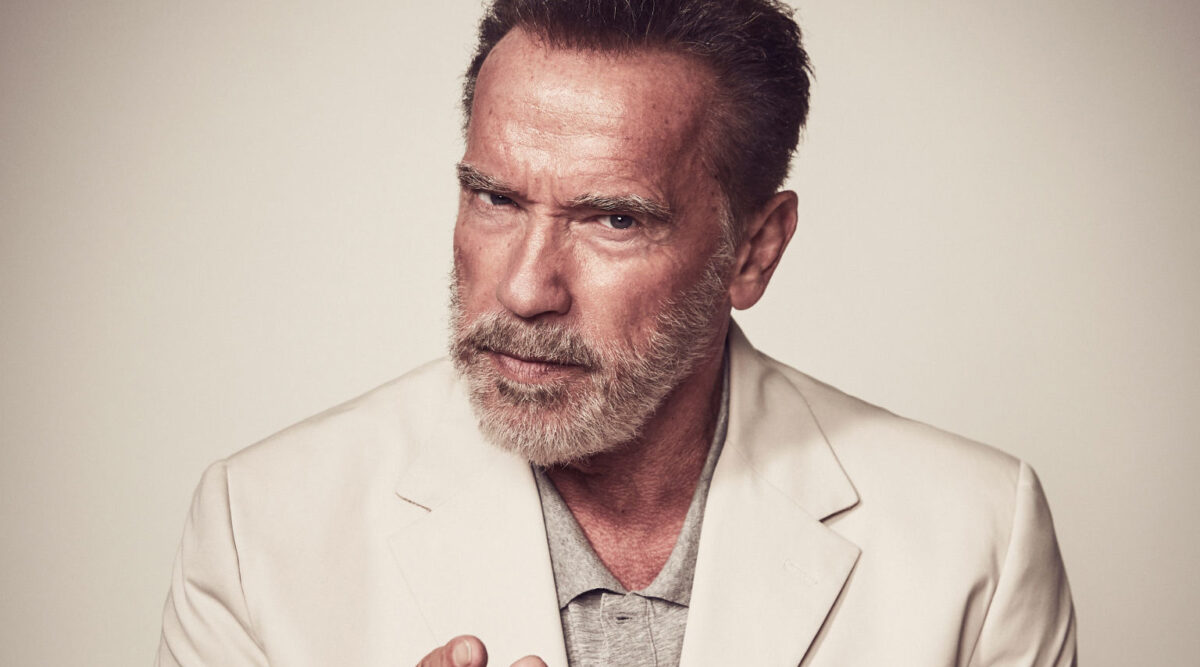 Arnold Schwarzenegger: The Mind is the Limit

“The Mind is the Limit” with this sentence Arnold Schwarzenegger burned himself into our brains and hearts. His success speaks for itself. The multi-award-winning bodybuilder, actor and 38th Governor of California has a career like no other. But how does one get such an iron will?

When you meet Arnold Schwarzenegger for the first time, you realize the enormous aura that surrounds this impressive and yet so humble personality. He is a true figure, a rock of a man. And you have to quickly admit that the big screen and the countless roles he has played do not do justice to the kind-hearted Arnold Schwarzenegger. Admired by many, envied by some, he has created with his life – his values and his approach to life – a souvenir for many young athletes and each of us who pursue the goal of being able to realize their dreams one day. He’s not just the Terminator, he’s a Motivator and Role Model.

Born on June 30, 1947, in Graz (Austria), seven-time Mr., Olympia and five-time Mr. Universum, is not only the most famous Austrian-American actor, publicist, entrepreneur and former US politician. He is the most successful bodybuilder in the world and is considered a prime example of actually living the “American dream”. But nothing is more important to the Terminator than family.

What are his greatest personal successes? How could he walk such a path in life? How do you manage to have such an iron will and undeterred to pursue your goals?

Arnold Schwarzenegger tells us this and much more in a personal interview in 2021. Coming soon here at The NETucator.

Get your NETucator subscription now & be part of it

Arnold Schwarzenegger’s parents’ house is in Thal near Graz. Today it is known as the famous “Arnold Schwarzenegger Museum”. People come from all over the world to take a look back at the Hollywood star’s childhood and to find out how the Styrian oak grew up and became the world star that he has been for decades. On the occasion of the icon’s 65th birthday, the museum’s founder and former mayor Peter Urdl and sponsor Prok. Helmut Gombocz planned a museum brochure that I was able to implement together with the two bustling gentlemen. Arnold announced himself for the birthday party and actually came. I was invited to the museum celebrations too.

There was no parking space that day – like every time the former bodybuilder visits his home. You didn’t have to look for him for long either. Where most people (mainly the press) could be seen, there was Arnold – in the middle of the crowd. His bodyguards and friends tried to shield him a little while he stopped slowly and calmly at his sculpture in the front yard and then walked into the house.

I stood on the sidelines and had watched the hustle and bustle from a distance. My first thought was “How exhausting it must be for a person like him to have to endure these crowds and the thunderstorm of flashlights all the time while remaining so friendly.” For this alone, every Hollywood star, every icon deserves respect.

While Arnold showed his parents’ house to his family members and friends who accompanied him on his trip, I stopped at the information desk on the ground floor and watched what was happening from a distance. It was all too loud and too crowded for me. At some point he passed me and shook my hand. At home, my mother asked me why I hadn’t asked for a photo. Well, I consciously never do that – it wouldn’t even occur to me because I just enjoy the moment and think that people like him are asked for a photo every day … that must be annoying and I would not want that.

Arnold and his companions walked down on the ground floor, the press and fans followed him.

At some point a great American came to me. He held his sweater in my direction and asked me in English “Can you help me? I spilled coffee on my sweater. Do you think I’ll get that out?” It was one of Arnold’s closest friends who had chosen me out of 100 people and asked for help. Over the years, a fleeting encounter developed into a friendship that I still appreciate very much today.

Over time, I was invited again and again when Arnold was in town and was allowed to join the small group that accompanied him. I always kept a respectful distance from the Hollywood star. At some point I was sitting with one of his friends in the garden of the hotel where Arnold was staying when he came to our table. “We know each other?” he asked me and held out his hand to me. I was completely surprised that he had even noticed me, or even recognized me. His friend replied, “Yes, that’s Elke …” Arnold held out his hand to me again and said, “Oh yes, of course. It’s nice that you are here, Elke.”

The last time I met Arnold, his beautiful girlfriend Heather and his youngest daughter, I was a guest at one of his charity events. And although several months pass between the encounters, time seems to stand still. You chat with him as if the last conversation was yesterday – Arnold always treats you with a kindness and warmth that I rarely find in people these days.

… when you consider that Arnold Schwarzenegger notices when you have changed outwardly within the last year and greets you with his lovley dialect “Well, Elke. You have lost a lot of weight, right?”, you are not only happy as a woman but you realizes that it is good who you are. Mindfulness, honesty, appreciation and a good soul pays off even in such fast-paced and superficial times as today. Because that is exactly what true icons appreciate.

Why am I telling you this?

With this short, personal anecdote, I would like to make you aware that a world star like Arnold Schwarzenegger (and also some other true stars), whom everyone knows and admires, is far more down-to-earth, kind, compassionate, more careful, polite and heartier than some others you meet in everyday life. I have the greatest respect for him for his iron will, his ambition and discipline, his humanity and strength of character.

I hope for our society that many people will follow him as an example and role model – in the interest of a healthy and good togetherness for more humanity, charity and open-mindedness.